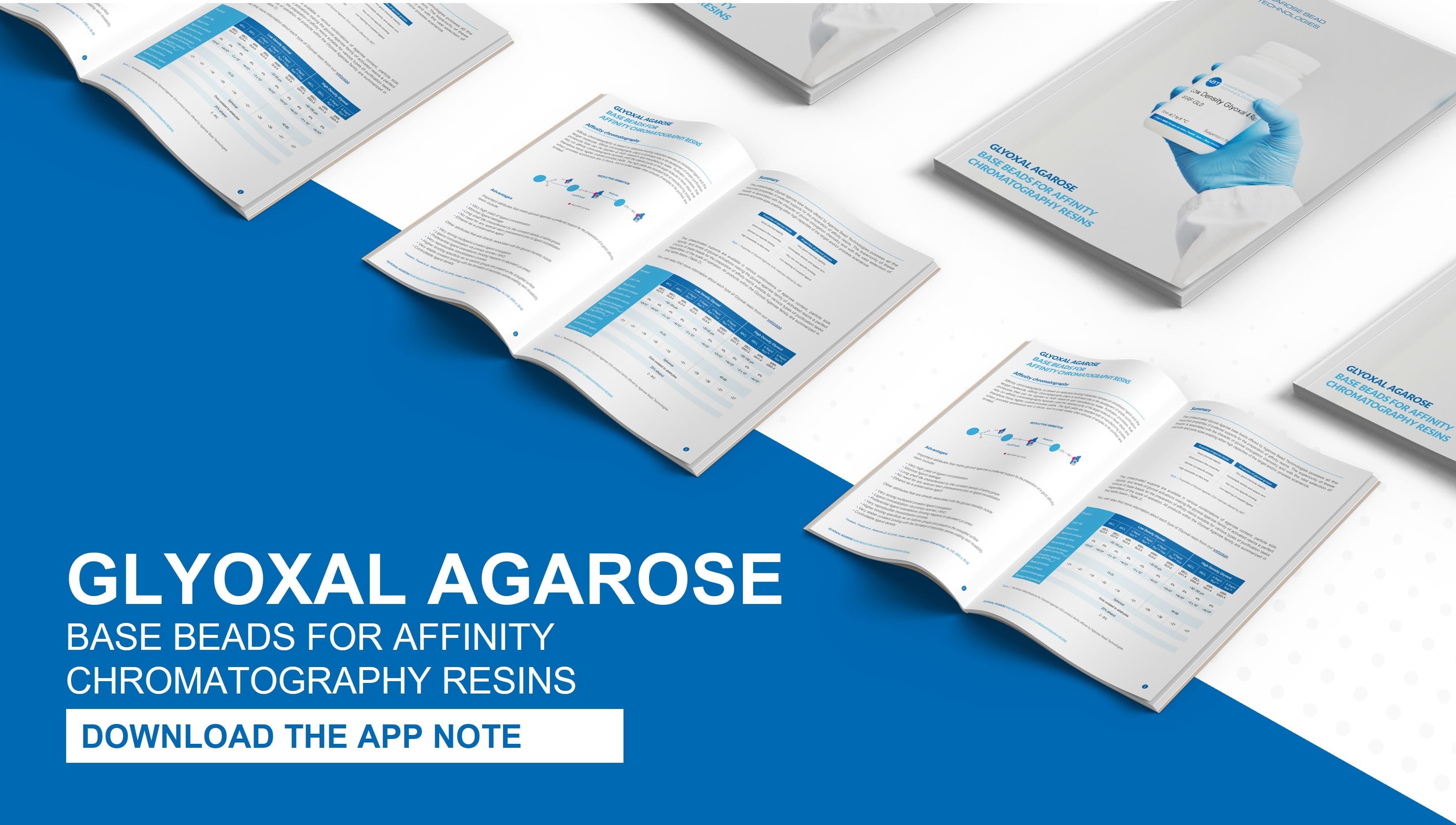 Affinity chromatography resins are made by immobilization of ligands on the surface of base beads. The type of ligand used will determine the resin selectivity, while the type of beads will determine binding capacities as well as the level of nonspecific adsorption.

Agarose Bead Technologies offers a family of preactivated agarose base matrices specifically developed for the preparation of affinity chromatography resins. These base matrices are preactivated with aldehydes groups and are marketed under the trade name Glyoxal Agarose (GA).

The preactivated Glyoxal Agarose base beads possess all the required properties of preferred supports for the preparation of affinity resins.

The superiority of these beads is associated with the character of glyoxal conjugation chemistry and with the vast selection of particle and pore sizes enabling either high capacities of the target and/or process scenarios.

WANT TO KNOW MORE ABOUT THE ADVANTAGES OF USING THESE PREACTIVATED SUPPORTS AS BASE BEADS FOR THE PREPARATION OF AFFINITY CHROMATOGRAPHY RESINS?